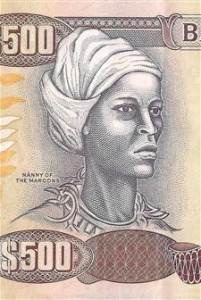 Prof. Harcourt Fuller of the GSU History Department is co-creator and producer of the new film Queen Nanny, Legendary Maroon Chieftainess (2015), directed by Roy T. Anderson, now available in the GSU Library. To get a taste of the film, you can view its trailer here.

She was a queen captured in her homeland, forcefully transported across the Atlantic Ocean in the belly of a slave ship. In the New World she would eventually rise up to become the leader of a new nation. However, not many people outside of Jamaica know of the Legendary “Nanny,” warrior chieftainess of the Jamaican Maroons, who led a band of former enslaved Africans in the rugged mountains of Jamaica to a decisive victory over the mighty British army during the early to mid-18th century. The documentary film uncovers the history and legacy of this larger than life mystical figure. Her intriguing story is told through songs, reenactments, performances, expert interviews from top scholars and researchers, and most importantly the Maroons themselves. Filmed in Jamaica, Ghana and the United States, Queen Nanny: Legendary Maroon Chieftainess is not only a stunning visual piece, but also an important study in humanity’s innate desire to remain free and to use all the tools at his/her disposal in pursuit of that necessary human need for freedom.

One of the highlights of the film is a four-day spiritual and fact-finding expedition to the rugged historical site of Old Nanny Town in the Blue and John Crow Mountains National Park, a UNESCO World Heritage Site. Also one of Jamaica’s most important archaeological and National Heritage sites, Old Nanny Town was Queen Nanny’s stronghold, from where she led the Maroons in their ultimate victory over the British.

In 1993 UNESCO (The United Nations Educational, Scientific and Cultural Organisation) declared the Jamaican Maroon community of Moore Town (New Nanny Town) one of the world’s 28 ‘Masterpieces of the Oral and Intangible Heritage’. Starting with the indomitable ancestress Queen Nanny, Maroons have maintained a continuous presence in Jamaica for more than three hundred years; living on the same treaty lands gained as a result of their epic 80-year plus battle with the vaunted British military. Their proud African-based language, culture and governance are still very much alive today. In addition to making a contribution to the scholarship on the Maroons, we’re hoping that this film can be used as a catalyst to help safeguard and highlight one of the world’s most fascinating cultures that is being threatened with extinction. (from Prof. Fuller’s website)

Prof. Fuller was also the consultant for Roy T. Anderson’s first documentary film Akwantu: The Journey (2012), another film about the Maroons of Jamaica, also available in the GSU Library; see also the film’s website here for more information.

To learn more about Queen Nanny and Jamaica’s maroon community, the library also has these resources: 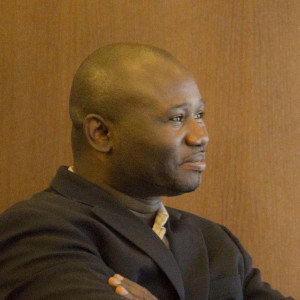