Posted on November 1, 2016 by Mandy Swygart-Hobaugh 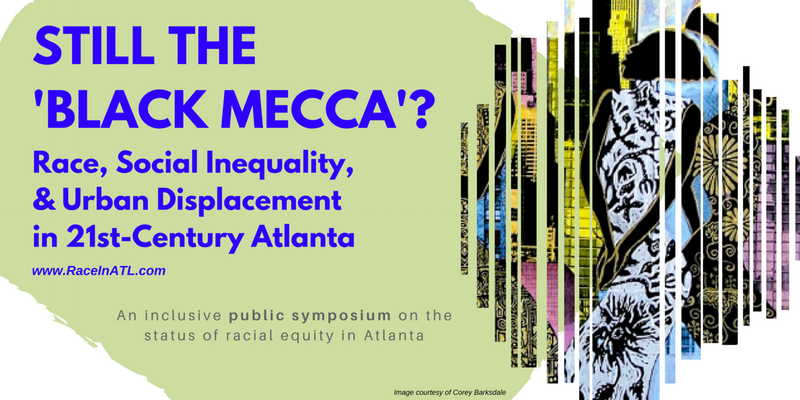 This symposium offers four separate panel discussions addressing the status of racial equity in Atlanta, presented by GSU scholars (including the library’s Joe Hurley, the Department of Sociology’s Mathew Gayman, Jung-Ha Kim, George Greenidge, and the Department of African American Studies’ Maurice Hobson) and various others from metro-Atlanta universities and organizations. It culminates with a reception that includes a film screening of “Emmett Still” by Fahamu Pecou, a poster signing by the official event artist Corey Barksdale, and a book signing by Andrew Young of his recently-published book, Andrew Young and the Making of Modern Atlanta.

Check out these relevant resources from the Georgia State University Library: