“We are indeed subversive:” The Great Speckled Bird at Fifty 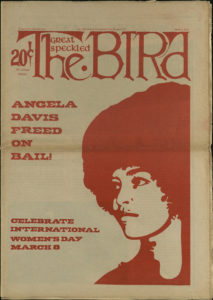 The Great Speckled Bird was Atlanta’s underground/alternative newspaper published between 1968-1976, having been birthed in “the year of protest” out of necessity – Atlanta’s existing media platforms presented a point-of-view indistinguishable not only from one another but also from others in the region. The Bird served as a clearinghouse for information about the interlocking and interdependent social movements of the 1960s and 1970s, including civil rights, women’s liberation, lesbian and gay liberation, and anti-war activism.  The paper also focused attention on subjects largely uncovered by the mainstream media: police brutality, urban development and land use, public education, labor struggles, the environment, the counterculture, local arts and entertainment, and international politics and freedom struggles. 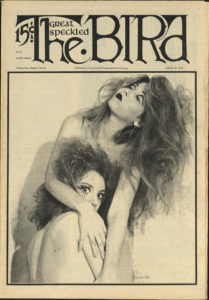 The Bird was stridently political in its self-conception – it was documenting the South and social change movement agendas and facilitating conversation on how local issues were related to global issues. Unforeseen by and outside direct control of the city’s ruling power structure, the writers, editors, readers, and supporters of the Bird posed an ongoing challenge, if not threat, to the prerogatives of the ruling elite. In this way, the paper exemplifies how this group captured, responded to, and intervened in city and regional (as well as national and international) priorities and concerns. 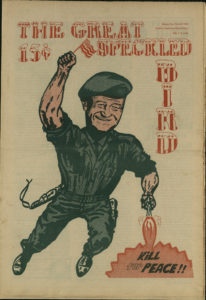 The Great Speckled Bird Digital Collection consists of a full run of the paper and interviews with its former writers, editors, artists, layout staff, and photographers. The interviews recount how those who comprised the Bird coalesced in Atlanta, having arrived in the city from around the country for different reasons yet ultimately with a common purpose: social change. Each  interview is holistic in scope and documents each participant’s life and work before, during, and after their time at the newspaper. they also provide insight into the historical moment that was the 1960s/70s. Interviews are ongoing and will continue to be added to the Digital Collection as they are available. 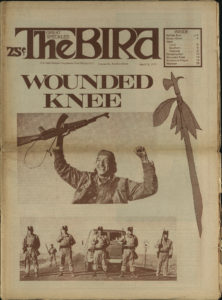 This post was co-written by Andrew Reisinger, who co-directs the Great Speckled Bird Oral History Project. Reisinger is a doctoral student in history and staff member of the Institute for Women’s, Gender, and Sexuality Studies at Georgia State University. The quote in the title of the post is from the Bird’s first issue. Click here to find out more about upcoming Bird events.