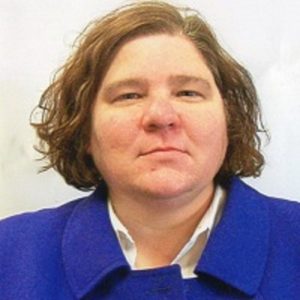 Laura is the Head of Research & Engagement, a division of the Library’s Public Services. In this role, she identifies directions for the department, advocates for resources, and makes connections in and outside the Library. She works closely with other department heads, particularly Tamika Barnes, the Department Head for Perimeter Library Services, to make sure the various units are working together.

She’s also the subject librarian for Computer Science & Computer Information Systems, and in the last year she’s been the interim librarian for the School of Public Health and part of the interim team for the Byrdine F. Lewis College of Nursing & Health Professions. For all these areas, she works with students and faculty on their research needs, through research-related instruction, research consultations and outreach to the departments. She also supports collections in these areas through the purchase of books as well as reviewing and recommending other resources, like databases, for the collection.

What did you want to be when you grew up? Did you always want to be a librarian and/or what got you started in libraries?

Until I was about 7, what I really wanted to be when I grew up was a teenager.  At that time, it sounded like the best thing ever.

Laura started college as a pre-med biology major. After a rough first year, she switched her major to German before finally deciding on a degree in History. After college, she worked as an internal auditor, which is what brought her to Georgia. She realized after a few years that she didn’t like what she was doing, so she started thinking about aspects of previous jobs that she had liked: “I realized it was the research, teaching, and training pieces that I’d enjoyed, and that led me to libraries.”

Laura is a Road Warrior! She has driven much of the way cross-country SOLO! TWICE! The first time was in 2007 when she moved from Youngstown, Ohio to Tucson, Arizona to start work at the University of Arizona. The second time was in 2010, moving from Tucson to Atlanta to start work at Georgia State. Going west, she drove across Oklahoma and Northern New Mexico; coming east, she traveled I-20 across Texas, which took more than 2 days of driving to get across. 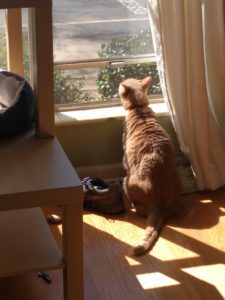 Pets: Cat named Velcro. “He’s named after his most obvious personality trait which is that he wants to be with people, preferably touching them, all the time.”