Tamika Barnes elected to ALA Executive Board

Barnes, department head, Perimeter Library Services at Georgia State University, Dunwoody, has been elected to serve on the American Library Association (ALA) Executive Board.

Barnes has served on ALA Council from 2015 to the present and will serve a three-year term on the executive board beginning in July 2018 and concluding in June 2021. 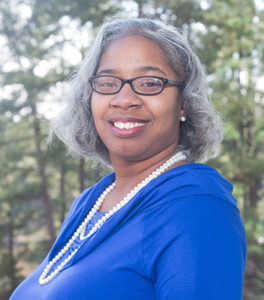 “It is truly an honor to be elected by my peers for such a leadership role as this. I am still processing the magnitude of this and the amount of work that I will need to contribute to be effective.” – Tamika Barnes

Board members were elected by the ALA Council in a vote taken at the 2018 ALA Midwinter Meeting held February 9 – 13 in Denver.  Barnes has served on numerous committees within ALA including the ALA Council, Planning and Budget Assembly, Council Orientation Committee, and Membership Committee to name a few. She served as the 2011 president of the Special Libraries Association, North Carolina Chapter.  She is the recipient of the 2017 BCALA Library Advocacy Award and was a 1998 Spectrum Scholar.

Barnes, who was content with serving as a Council member, credits the encouragement from a longtime friend who currently serves on the Executive Board for her decision to run for the position.

“My work on the Executive Board will definitely help me be a better advocate for libraries and those who utilize library services and resources. I can use both my professional and personal communication outlets to educate library staff and library supporters about issues that impact libraries such as net neutrality and federal funding for the Institute of Museum and Library Services which is an important funding source for many urban and rural public libraries.” – Tamika Barnes

The ALA Executive Board manages the affairs of the Association. It is composed of the president, president-elect, immediate past president, treasurer, executive director and eight members elected by Council from among the members of that body. To connect with Tamika Barnes and the Dunwoody campus – Georgia State University Library, please visit http://library.gsu.edu/profile/tamika-barnes/