Posted on December 7, 2017 by Kathryn Michaelis

The M. H. Ross Papers digital collection is now publicly accessible online. Digitization of the M. H. Ross Papers is being funded by a $48,865 grant from the National Historical Publications and Records Commission and will continue through September 2018. Ten boxes of documents and five audio recordings from the collection are currently available.

Myron Howard “Mike” Ross (1919-1987) was a union organizer, public health advocate, Progressive Party candidate, and researcher. Throughout his career, Ross worked with unions, including the United Mine Workers, the Mine, Mill, and Smelter workers, and the United Furniture Workers, as an organizer or arbitrator. He ran for public office twice: once in 1940 for a seat on city council on the People’s Platform in Charlotte, North Carolina, and again in 1948, for United States Congress on the Progressive Party ticket in North Carolina. 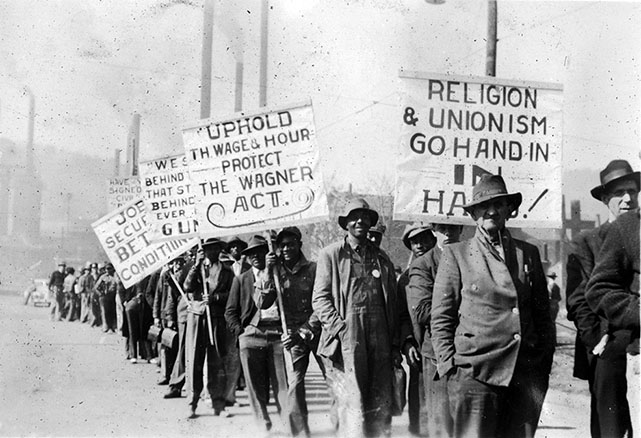 After the failed congressional campaign, Ross attended the University of North Carolina law school, graduating with honors, but was denied the bar on the grounds of “character” – he was suspected of being a communist. Later he attended the Columbia University School of Public Health which led to founding the Fairmont Clinic, a prepaid group practice in Fairmont, West Virginia, which had the mission of providing high quality medical care for coal miners and their families. Ross served as administrator of the Fairmont Clinic from 1958-1978. As a result of this work, Ross began researching coal mining, especially coal miners lifestyle, heritage, and the history of coal mining and disasters. He interviewed over one hundred coal miners and eventually began a manuscript (unfinished) about the history of coal mining. Working for the Rural Practice Program of the University of North Carolina from 1980 until 1987, Ross taught in the medical school until his retirement.

Throughout the grant period, project staff will be posting a series of blog entries highlighting various items from the collection.