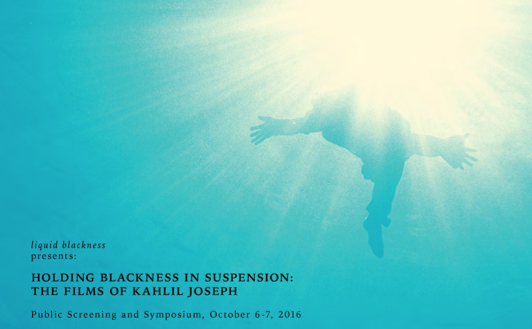 Georgia State’s liquid blackness project, together with partners from Emory and GA Tech, are hosting a two-day series of events looking the film work of artist Kahlil Joseph, entitled Holding Blackness in Suspension: The Films of Kahlil Joseph.

Mr. Joseph and Beyoncé were co-nominated for an Emmy award for their collaboration on Beyoncé’s Lemonade. He has also made short films with some of the most respected, politically engaged and forward-thinking hip-hop artists of our time, such as Kendrick Lamar and FKA Twigs. His short film “Until the Quiet Comes,” a collaboration with Flying Lotus, won a Short Film Special Jury Award at the Sundance Film Festival. He is considered one of the most influential hip-hop video directors working today.

Here is the schedule of events; all are free and open to the public:

More information about the speakers and their work can be found on the symposium website.