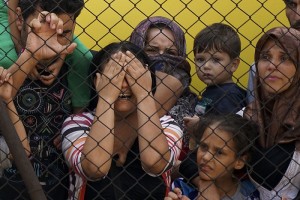 The discussion is sponsored by the Center for Human Rights and Democracy and the Center for Latin American and Latino/a Studies of the Global Studies Institute.

To learn more about the immigration debate, check out some of the following books from the University Library:

Wellman, Christopher Heath. Debating the Ethics of Immigration: Is There a Right to Exclude? Oxford: Oxford University Press, 2011.