Unpacking Manuel’s Tavern is an interactive archive of materials that adorn the walls of Manuel’s Tavern, a long-time meeting place for democratically-minded Atlantans. Prior to the 2015 renovation of the tavern, the project team scanned, photographed, and video recorded the entire space in order to preserve the familiar feel and experience of Manuel’s Tavern. Over the past two years, we have built a unique platform (using Omeka) for interacting with those materials and stories.

On the project site, you can browse artifacts, explore each of the walls in high-res detail, spin around in 360-degree panoramic tours, have a guided 360-degree video tour, immerse yourself in a virtual reconstruction, and read or listen to stories and essays about the history captured on the walls of the beloved neighborhood tavern.

The North Wall in the Main Bar of Manuel’s Tavern

This multi-year project is the result of a collaboration via the Atlanta Studies Network, Emory University’s Center for Digital Scholarship, Georgia State University’s Center for Excellence in Teaching and Learning and University Library, with additional contributions from the Savannah College of Art & Design in Atlanta and the Center for Public History at the University of West Georgia. The project team includes many members from different disciplines and institutions.

In addition to being a one-of-a-kind re-creation of an important local establishment, Unpacking Manuel’s Tavern experiments with new forms of interactive content to allow different forms of engagement with the materials on the walls. The high-resolution gigapan images are too large to display in conventional web formats, so they are divided into cascading tiles hosted on a geoserver that are dynamically re-generated to display the tiniest details on the walls. 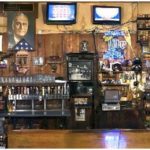 This sequence demonstrates the zoom capability of the technology 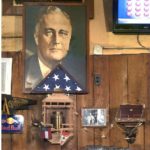 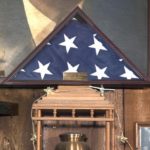 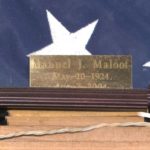 … to reading the tiny lettering.

Check out the above example here.

Because so many of the artifacts on the walls on the tavern are linked to history and have stories of their own, teachers can work with their students to create narratives and essays about the material, which can then be incorporated into the live project.

If you are interested in seeing how the newly renovated Manuel’s Tavern compares to its original form, join us for a launch event on Tuesday, August 29th, from 7:00pm to 9:00pm at Manuel’s Tavern, where you’ll be able to view the virtual site at the physical site. Your drinks are on you, but light appetizers will be provided by the Unpacking project team.