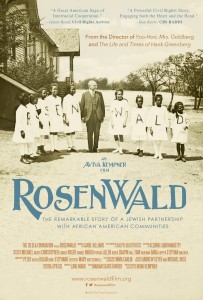 Rosenwald: The Remarkable Story of a Jewish Partnership with African American Communities.

Tuesday, June 14, in the Speaker’s Auditorium in Student Center East.

This film chronicles the partnership between Julius Rosenwald and Booker T. Washington in the creation of more than 5,500 schools for poor, rural African-American children in southern states between the years 1915 and 1932.

Here are some GSU University Library resources that explore Washington and Rosenwald’s contributions in this area: