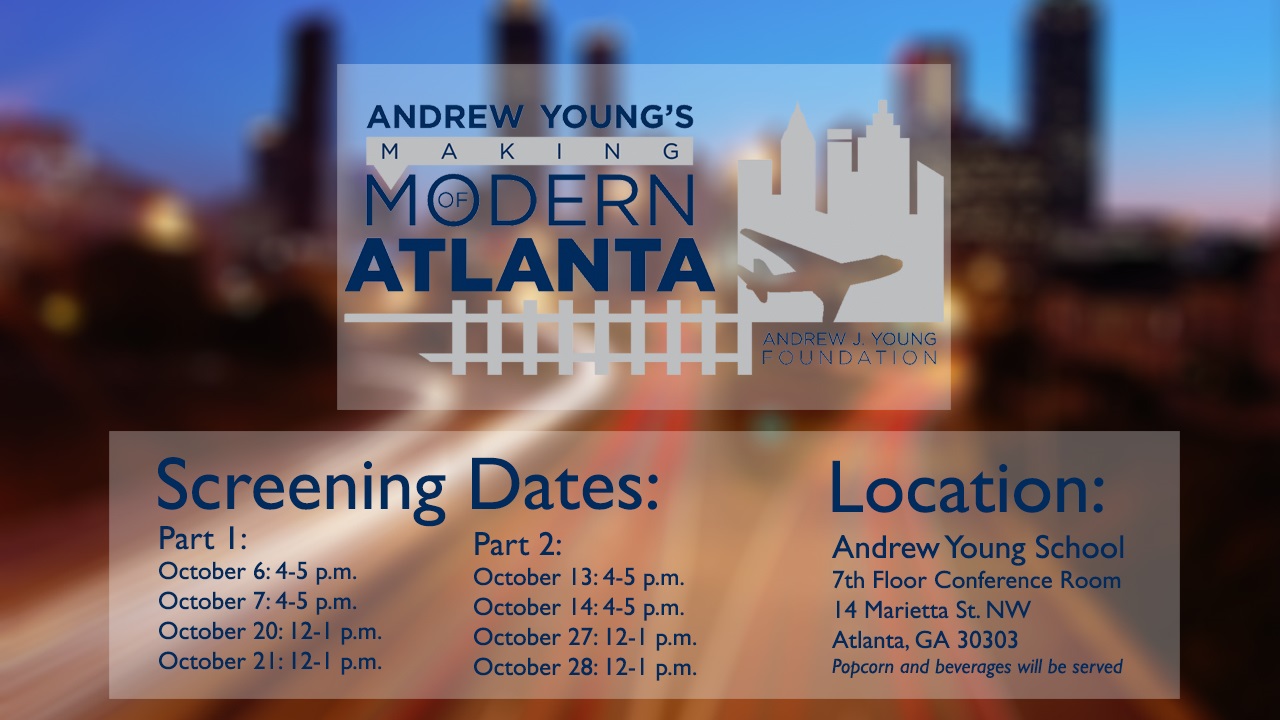 “The Making of Modern Atlanta” (Narrated by Ambassador Andrew Young and former WSBTV anchor Monica Pearson) is the story of Atlanta’s growth from a small, provincial deep south city into the international metropolis it is today, and the Andrew Young School of Policy Studies will be hosting free screenings of the documentary throughout October.

Andrew Young has played a key role in Atlanta’s development and is the perfect person to lead and facilitate the telling of Atlanta’s story. At a time when racial violence was common across the South, Atlanta set a standard for cross-racial cooperation. From this, Ambassador Young and other Atlanta leaders evolved an important political, cultural and economic model for other cities across the U.S. and the world. The model is based on a governing philosophy and a series of policies and fairness principles which support a public-private framework that promotes economic growth and opportunity across all sectors of the community.

To help you discover more of Atlanta’s rich history, the library has the following offerings:

Sjoquist, David L. Past Trends and Future Prospects of the American City: The Dynamics of Atlanta. Lanham: Lexington Books, 2009.