GSU Sociology Prof makes it into The Onion!

Posted on August 27, 2015 by Mandy Swygart-Hobaugh 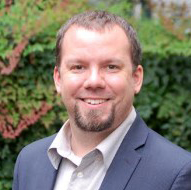 Georgia State University Sociology Professor Dan Carlson recently led a research study that finds that evenly distributing the housework and childcare between parents results in better relationships – and, perhaps the most ‘sexy’ finding, these egalitarian couples reported having better sex lives than those where the woman assumed the majority of the housework and childcare duties.

Dr. Carlson and his colleagues Amanda Miller, Sharon Sassler, and Sarah Hanson first presented this research at last year’s American Sociological Association (ASA) conference, and he and colleagues Sarah Hanson and Andrea Fitzroy presented further analysis of the data at this year’s ASA conference as well. You can read their papers, which are posted online in the University Library’s open-access institutional repository, ScholarWorks@Georgia State University, and are linked directly below:

The study’s findings have been making the big media rounds – receiving coverage in the Washington Post (both last year and this year), the Los Angeles Times, the Daily Telegraph, the BBC, the New York Magazine‘s Quartz, CNN, NBC Today, and various other media venues.

While we are sure Dr. Carlson and his colleagues were excited about these big hitters in the media industry highlighting their research, we had a hunch that making it into The Onion, “America’s finest [satirical] news source,” had them walking on air. And we were right: “We are thrilled to have our research appear in The Onion. Satire is the ultimate form of flattery. It suggests that our work is relevant, interesting, and that it relates to a wide audience,” says Dr. Carlson.

And we at the Library are thrilled as well – hats off to you for a job well done.

Team Leader for Research Data Services and Librarian for Sociology & Data Services
View all posts by Mandy Swygart-Hobaugh →
This entry was posted in Faculty Publications and Research, For Faculty, For Graduate Students, For Students, Sociology. Bookmark the permalink.

15 Responses to GSU Sociology Prof makes it into The Onion!